Maxim, a magazine better known for its Video Vixens than its interest in the environment has surprised us all with a feature on how to go off the grid. And its rather good advice, albeit delivered with its usual dumb and sexist attitude.

“Be self-sufficient and stick it to the utility companies by living a meager lifestyle!” says the kicker to last month’s story, alongside pictures of Kelly Monaco, Rachelle Leah, Vanessa Minnillo and Jessica Alba.

Anyways, the advice they give is spot on. To see the advice, click :

1. Orientation
When building, position your home on an east-west axis to soak up the sun’s heat in winter and, if it has eaves, block it in summer.

3. Wind Turbine
The sun, like your sis, goes down every night. But that’s when the breeze picks up, making wind and solar a great tag-team proposition (again, like your sis). A turbine runs $3,500/kWh.

4. Hydro Power
If you have a backyard stream, sticking a wheel in a waterfall is often the best alternative electricity source. But most creeks don’t provide enough drop to work effectively. Build a cliff.

5. Inverter
It’ll cost $4,000, but it turns your solar/wind/water-powered DC current—useful only when attached to the testes of kidnapped celebs—into something you can use to warm up a Hot Pocket. 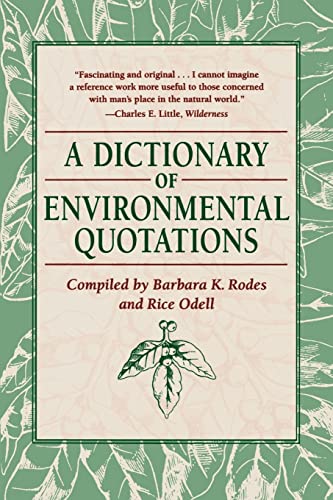 Dictionary of Environmental Quotations – buy it from Amazon

7. Generator
As a backup, a $4,000–$5,000 propane-powered generator wired to the inverter will automatically kick on when batteries get low, ensuring you don’t miss a single episode of Trading Spaces.

8. Wood Stove
Just about everybody I know who lives off-grid has one. In addition to being another source of heat (a free one provided you have trees), they’re great for militia s’moresfests.

9. Air Cooling
Air conditioning? Get real. Your best alternative is a swamp cooler, which sucks in outside air and blows it across water-filled filters. “But they don’t work in humid climates.” D’oh!

10. Water
Just like in traditional homes, electric pumps move it around the house. But rather than get it from the government, real rebels pump water from their own source.

11. Gas
Propane can power specially designed fridges, ovens, and clothes dryers, as well as the heating system, which pushes hot water through pipes in the floor to warm rooms. Save electricity for your PS2!