The London Sunday Times says a UK government agency has acknowledged for the first time that people can suffer nausea, headaches and muscle pains when exposed to electromagnetic fields from electricity pylons.

The condition known as electrosensitivity, a heightened reaction to electrical energy, will be recognised as a physical impairment.

A report by the Health Protection Agency (HPA), to be published next month, will state that increasing numbers of British people are suffering from the syndrome. While the total figure is not known, thousands are believed to be affected to some extent.

According to the Electrosensitivity web site (http://www.electrosensitivity.org.uk/), symptoms include “Flu like scratchy sore throat; Pain in ears; tingling skin on face; skin rash.” Most academics studying the subject are still psychologistds trying to work out if the condition is real or imagined, but the new report will change that. 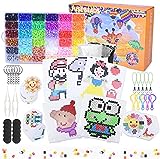 You can buy a meter to detect electro-magnetic radiation —
The TriField Meter offers magnetic, electric, and radio/microwave detection in one package.

The report, by the HRP radiation protection division, is expected to say that GPs do not know how to treat sufferers and that more research is needed to find cures. It will give a full list of the symptoms, which can include dizziness, irregular heartbeat and loss of memory.

Campaigners do not believe that the dangers include cancer. “So far none of the electrically sensitive people I know have developed cancer, cancer statistics are low but there are serious suspicions they may in certain cases be doubled or more from a very low base over a time period, or are promoted by EMFs. Get checked if you are still worried but be ready to be regarded as a neurotic if you blame EMFs, or hypochondriac or deluded or worse.

“It’s a new illness which few authorities recognise and that includes all but the most up to date GPs. It could be confused with other afflictions very easily, especially in the early stages, so if you are concerned for yourself or someone else read on and we may clarify things for you. We are here to help, not to panic or encourage worry. If you think we are just scaremongers then go direct to ‘scaremongering, that’s all we are’

It is serious, a minority of people for reasons unknown, are less able to cope with the mass of electromagnetic fields, the ‘electrosmog’ we are now creating with all manner of electrical and transmitting devices, than others are, it may be in your genes.

The problem is the old one of ‘the personal being political’ in a broad sense. Resistance against granting credibility to electrically sensitive sufferers, especially from fantastically wealthy businesses, is keeping it off the agenda of many research establishments, it is a ‘hot potato’ upsetting funders. The media are ambiguous and spend half their time on ‘Ooh what a crank nutcase perspective’ alternating with sensational ‘Your mobile phone will sear your testicles off and deform unborn children in the womb’ scares.In which there is often some real truth culled out by research, but written up so it looks barmy.

Although most European countries do not recognise the condition, Britain will follow Sweden where electrosensitivity was recognised as a physical impairment in 2000. About 300,000 Swedish men and women are sufferers.

The acknowledgement may fuel legal action by sufferers who claim mobile phone masts have made them ill.

In January Sir William Stewart, chairman of the HPA and the government’s adviser on mobile phones, warned that a small proportion of the population could be harmed by exposure to electromagnetic fields, and called for careful examination of the problem.

The HPA has now reviewed all scientific literature on electrosensitivity and concluded that it is a real syndrome. The condition had previously been dismissed as psychological.

The findings should lead to better treatment for sufferers. In Sweden people who are allergic to electrical energy receive government support to reduce exposure in their homes and workplaces.

Special cables are installed in sufferers’ homes while electric cookers are replaced with gas stoves. Walls, roofs, floors and windows can be covered with a thin aluminium foil to keep out the electromagnetic field — the area of energy that occurs round any electrically conductive item.

British campaigners believe electrical devices in the home and the workplace, as well as mobile phones emitting microwave radiation, have created an environmental trigger for the syndrome.

There is particular concern about exposure to emissions from mobile phone masts or base stations, often located near schools or hospitals.

In January Stewart also called for a national review of planning rules for masts. The review was launched by the government in April.

British sufferers report feeling they are being “zapped” by electromagnetic fields from appliances and go out of their way to avoid them.

Some have moved to remote areas where electromagnetic pollution is lower.

The HPA report is eagerly awaited by campaigners. Alasdair Philips, director of the campaign group Powerwatch, said: “This will help the increasing number of people who tell us their GPs do not know how to treat them.”

Rod Read, chairman of Electrosensitivity UK, added: “This will be the beginning of an awareness of a new form of pollution from electrical energy.”