Singer Elton John has joined the Queen and Microsoft billionaire Paul Allen in planning to create an underground network on his property to extract heat from the earth’s natural warmth.

He is following a new fashion among the super-rich for drilling boreholes at their properties as the latest “green” status symbol.

Sir Richard Branson, the entrepreneur, George Davies, the high street fashion guru, Paul Lister, son of the founder of the MFI furniture empire and owner of a vast Highlands nature reserve we have written about before, and the Queen are all planning to switch to Geothermal energy.

The Buckingham Palace system will provide secure, free and inexhaustible energy from beneath the surface of the four-acre lake at the heart of the walled gardens. The network will pump heating to the state rooms, the formal area of the palace used by the monarch to host official banquets and investitures.

Palace insiders said that a meeting next month between an installation firm and officials from the royal household was expected to approve the plans. It will cost approximately £50,000 to install the outdoor equipment. To see rest of story click “more.” 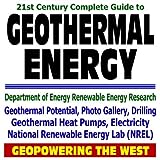 The Queen undertook a small trial in 2002, drilling 400ft into the chalk aquifer beneath the palace grounds to run an eco-friendly air- conditioning system for a new art gallery, built at Buckingham Palace to mark her golden jubilee.

It is understood that the results have been so impressive that she is ready to take the bold step of using a new underground heating system to replace conventional sources for part of the palace.

The venture is the most radical of a wide range of environmentally conscious schemes adopted by the royal household in recent years.

The Queen’s state cars, for example, have been switched to liquefied petroleum gas, which emit low levels of toxic exhaust fumes. So too has the taxi used by the Duke of Edinburgh to drive anonymously around London.

Last winter, as reported in earlier stories on Off-Grid, two hydroelectric schemes were announced for Balmoral and Windsor Castle. Power for Windsor will come from Romney Weir on the Thames, while Balmoral will probably become the first royal residence to be self-sufficient in energy. The scheme at the Balmoral estate will provide power for the house and up to 1,000 local homes.

While wind farms have become the focus of a number of fierce planning battles, boreholes are regarded as an uncontroversial form of renewable energy.

The government has a £10m fund to provide grants of £1,200 to householders to offset part of the average £5,000 cost of drilling for ground-source energy. Four months ago a further £2.5m was added to the fund to allow more people to benefit. The Queen will not be seeking any subsidy.

Sir Elton John installed a borehole on his 39-acre estate in Windsor in November 2003. It helps to heat his mock-Edwardian mansion, which has garaging for 36 cars and a greenhouse that is home to dozens of orange trees.

Chris Roberts, a spokesman for the Building Research Establishment, which administers the grant fund on behalf of the government, said the 420 people who had secured grants had all been “high net worth” individuals for whom the money would make little difference.

Specialists in the burgeoning geothermal industry say that boreholes and other underground heat exchange systems are well within reach of middle-class householders. Patrick Sherriff, head of the residential division of Geothermal Heating Installations, the biggest company in the field, said it can cost as little as £5,000 to drill a borehole hundreds of feet into the water-bearing chalk escarpment of the Chiltern hills that runs under London.

“There are people who have put them in tiny gaps between the pavement and their front door in London,” he said.

“Not only can you avoid paying Thames Water because you get limitless Evian-quality water from them, you can also reduce your heat and electricity bills by at least 70%. We are convinced this is the future.”

The system at the palace will work by circulating water, containing additives, through a closed loop of pipework running through the bed of the lake. The slow journey through the coils allows the liquid to absorb surrounding heat.

This warmer water is then passed back up the loop of pipe and into the palace where it goes through a compressor which raises its temperature to 55-60C. The energy can then be used to heat the state apartments either with radiators, or by venting hot air through underfloor heating.

The mix of water and additives can also be decompressed so that instead of generating heat it can provide cool air for air-conditioning systems in summer.